The project, which is supported by Hope for Belper, received a cheque for £600 after being nominated as one of a series of local charities to benefit from the proceeds of the concert, organised each year by the rotarians.

One of the ladies present told her rotarian husband about the project which he then nominated to receive a share of the cash.  Here’s how it was covered ni the Belper News. 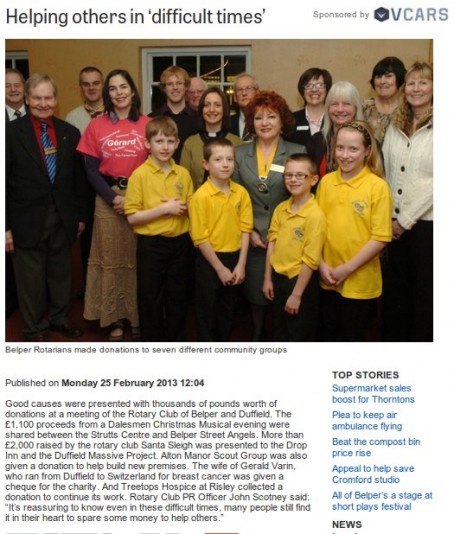 This site uses Akismet to reduce spam. Learn how your comment data is processed.

Hope for Belper – Demonstrating God’s love for our Town

Hope for Belper grew out of the nationwide Hope08 initiative designed to see a million acts of kindness carried out in 2008 and, a decade on, our work continues to be inspired by that original vision.

Built on prayer, it has seen Christians and their neighbours from across the town come together to bring the Christian message of hope to our community by practical acts of service.